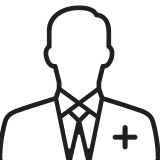 This email address is being protected from spambots. You need JavaScript enabled to view it.
PROFILE

Dr. Ioannis Zouridakis is a General Surgeon, specializing in Laparoscopic and Oncology Surgery, as well as Breast, Thyroid and Obesity Surgery, having attended specialty training in various medical centers in Greece and abroad.

He graduated from the Medical School of Sapienza University, Rome, in 1986. In 1994, he acquired a specialty certificate in General Surgery at Evangelismos Hospital.

Since 1992 he has been a Scientific Associate at the University of Athens, participating with his doctoral dissertation entitled "Interventions in Cirrhotic Patients with Digestive Disorders". He has participated in many scientific conferences in Greece and abroad.

He has also presented several scientific papers, achieving the First Award for Best Medical Surgical Paper at the 19th Hellenic Congress of Surgery in Thessaloniki, in 1994.

In 2002 he obtained a Specialty Diploma in Laparoscopic Surgery from the University of Montpellier, France, while in 2003-2004 he attended specialty training in Oncologic Breast Diseases at the 6th Cancer Clinic, G. Gennimatas Hospital. At the same time, he received his European Specialty Diploma in Breast Cancer from the European Society of Breast Cancer Specialists (EUSOMA).

In 2016, he obtained a specialty in Laparoscopic Colectomy, having attended the 2016 Colorectal Laparoscopic Surgical Skills at the Medicotechnical Research Foundation, Academy of Athens.

Since December 2010, he has been the Director of the Surgical Clinic at Metropolitan Hospital.

He is married to Ms. Katerina Giagiakou and has three children.