Metropolitan Hospital has been operating an exemplary comprehensive Radiation Center since 2008, with the ability of implementing all the modern techniques.

The Radiation Oncology Center works closely with the Metropolitan Hospital surgical and oncology units. It is supported by the Molecular Biology-Genetics, Clinical Pathology, Radiodiagnostic, Nuclear Medicine and PET-CT departments. This impeccable collaboration is further forged through the Hospital’s weekly Oncology Council meetings, with staff from all the relevant medical specialties. This mechanism ensures the objectivity and credibility of therapeutic decisions, which are tailored to each patient.

The Radiation Oncology Center staff have been fully trained abroad. Our distinguished scientists (qualified physicians and radiophysicists) guarantee the best possible approach and tackle even the most complex oncological problems. Qualified technologists, nursing and secretarial staff respond to the specific needs for the oncological patients’ all-rounded support and ensure that they and their relatives are comfortably and quickly attended to.

New dimension in speed and accuracy

RapidArc® by Varian is a type of Volumetric Arc Therapy (VMAT) that delivers a precisely sculpted 3D dose distribution with a single 360-degree rotation of the linear accelerator.

This new technique for delivering Intensity Modulated Radiotherapy (IMRT) allows maximum protection of the normal tissue, limits side-effects and increases the intensity of the treatment result. 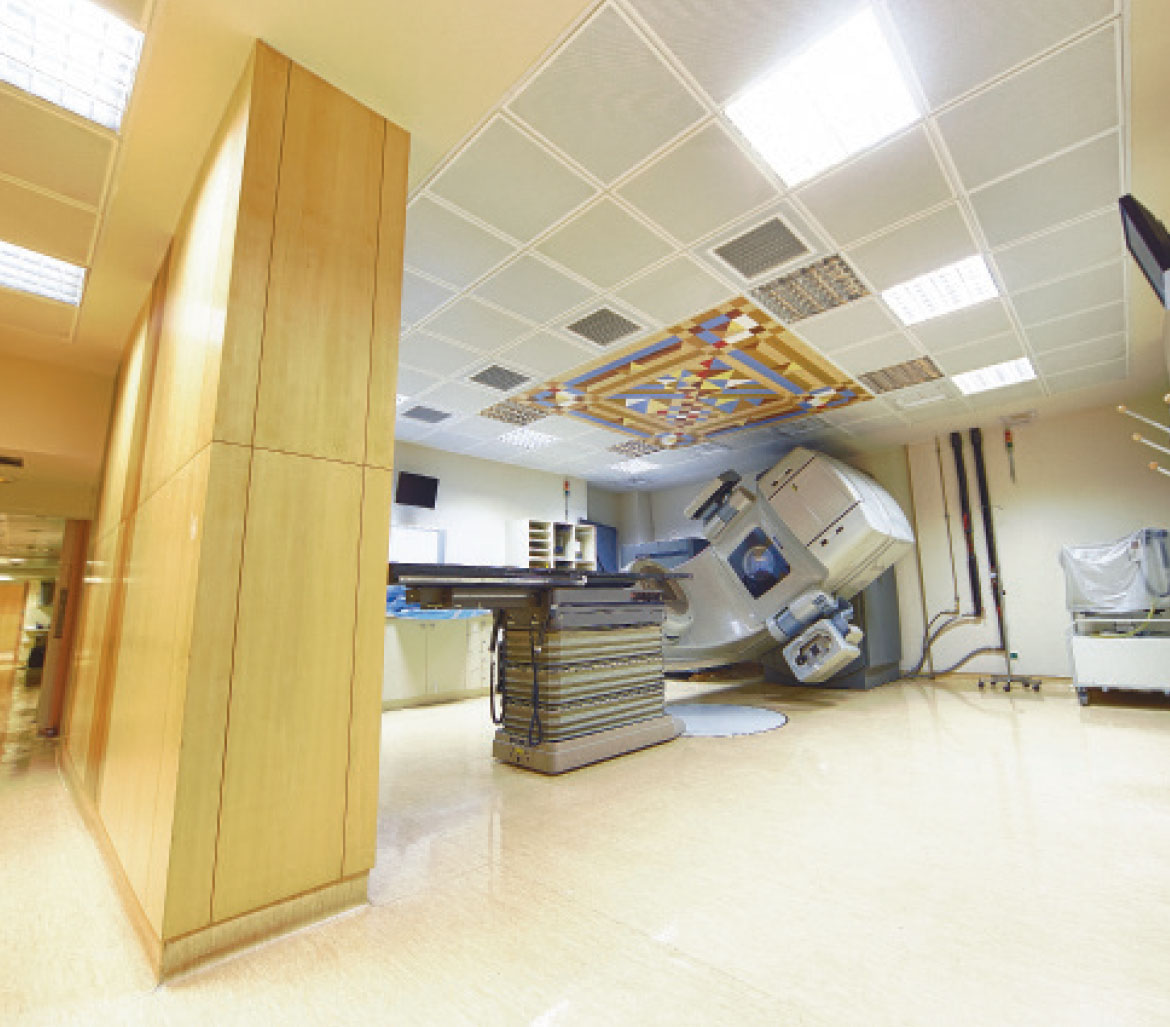 Image Guided Radiotherapy (IGRT) is a technique that performs an image scan of the patient in the treatment position, prior to every radiotherapy session.

Imaging is 2D (ExacTrack, Brainlab®, Image 1) or 3D (Cone Beam CT, Image 2). This greatly increases the accuracy of the radiotherapy and reduces the risk of error upon placement of the patient and upon movement of internal organs (e.g. breath). 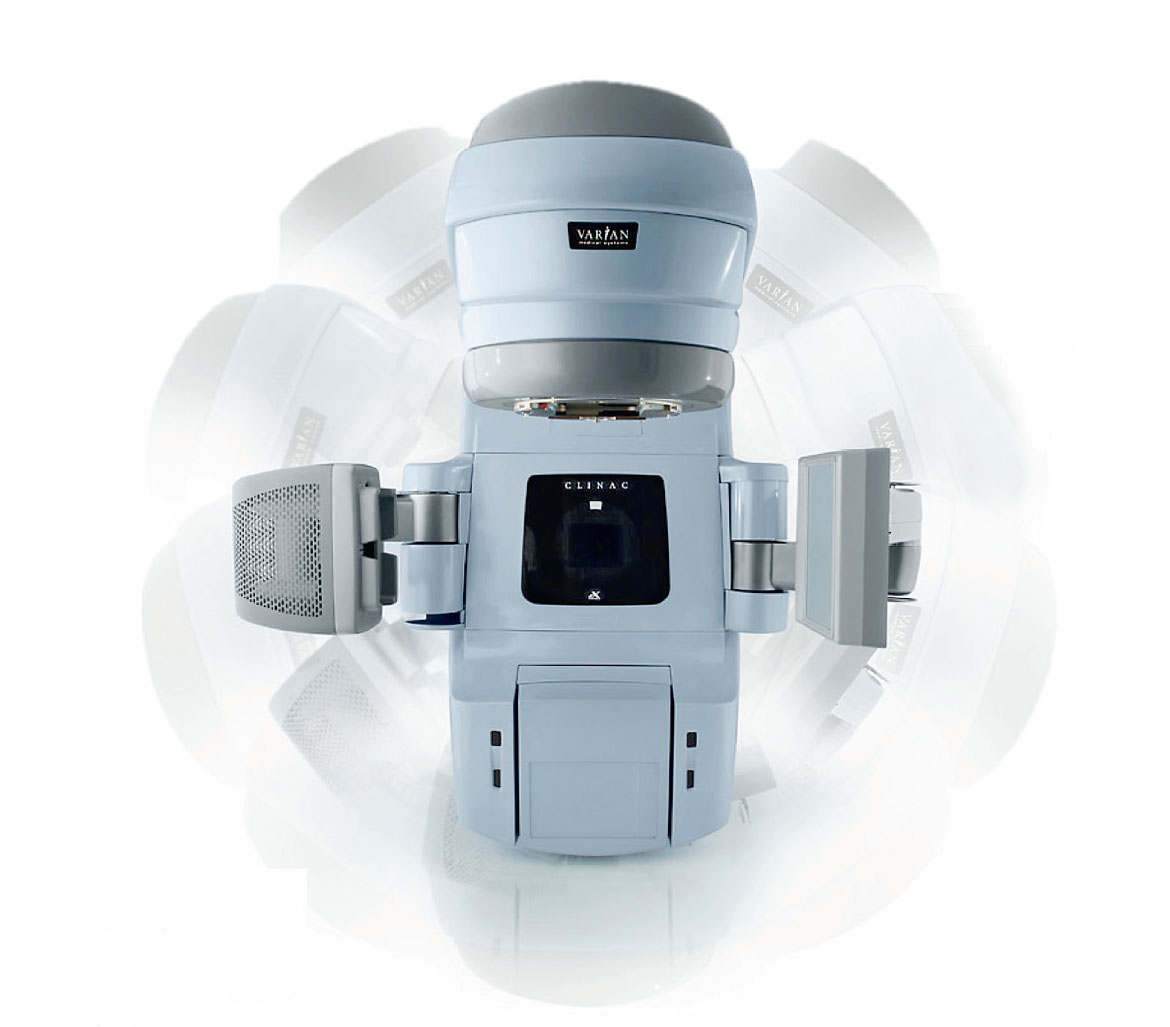 Exclusively for the first time in Greece

3D MRI image-guided brachytherapy for gynecologic tumors with a local control rate of 85% in advanced tumors and 95% in early stage cancers.

The scientists of the Hospital's Radiation Oncology Center have been trained on interstitial image-guided brachytherapy.

Especially in the case of gynecologic cancer, they are internationally recognized and have published a large number of articles (2,800 citations in Research gate) in prestigious journals. At our Hospital, we use the Vienna applicator for interstitial brachytherapy. The applicator material is compatible with the MRI scanner.

In interstitial brachytherapy fine catheters are implanted in the area of the tumor. Targeted radiation is delivered from inside with absolute accuracy and without burdening healthy tissue, while the entire tumor is covered, irrespective of its shape and size.

With systematic use of 4D MRI image-guided brachytherapy, the local control rates range between 85-100%, depending on the extent of the disease. The rate of serious side-effects is less than 5% overall.

In women with low-risk breast cancer, the partial breast irradiation technique has been constantly gaining ground. There are multiple benefits for the patients, since radiotherapy is concluded in 5 days, instead of the 6 weeks required for conventional treatment, while the side-effects are less severe and delayed. 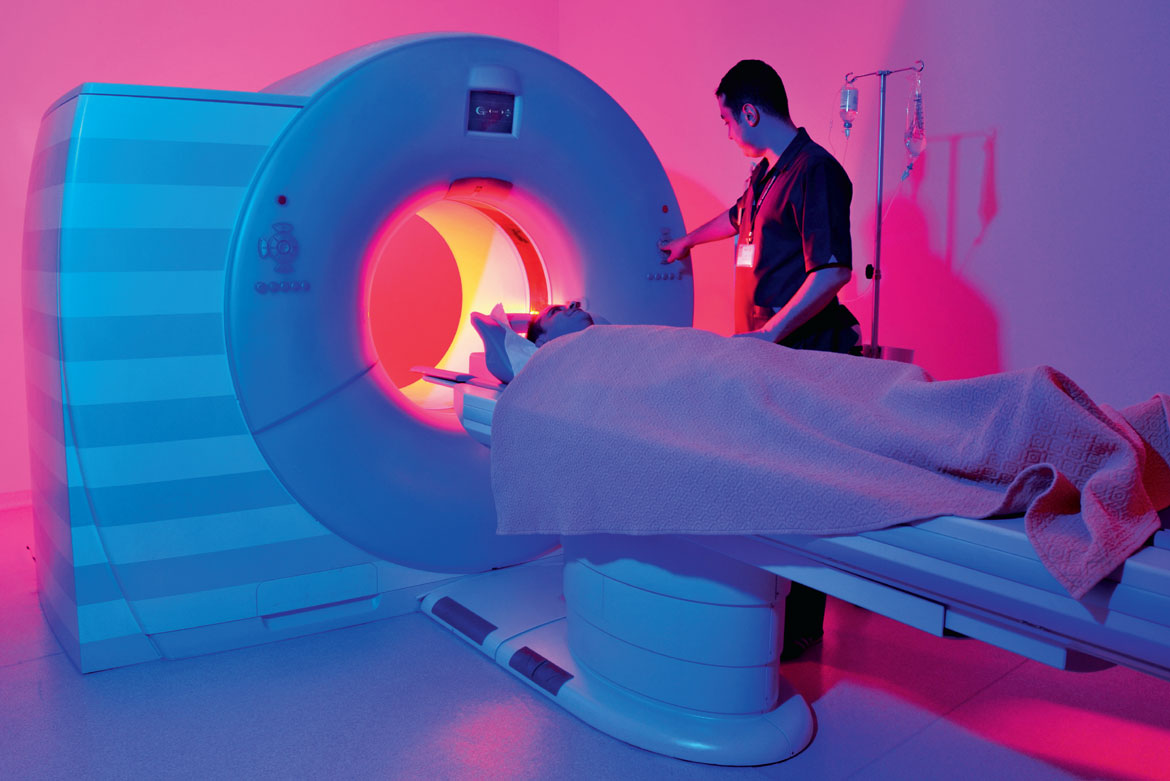 3D conformal radiation therapy is a technique that uses 3D CT images to design the treatment plan. As a result, the radiation fields are shaped based on the exact size of the targeted tumor, which increases accuracy when targeting the tumor and reduces the dose to the surrounding healthy tissue. 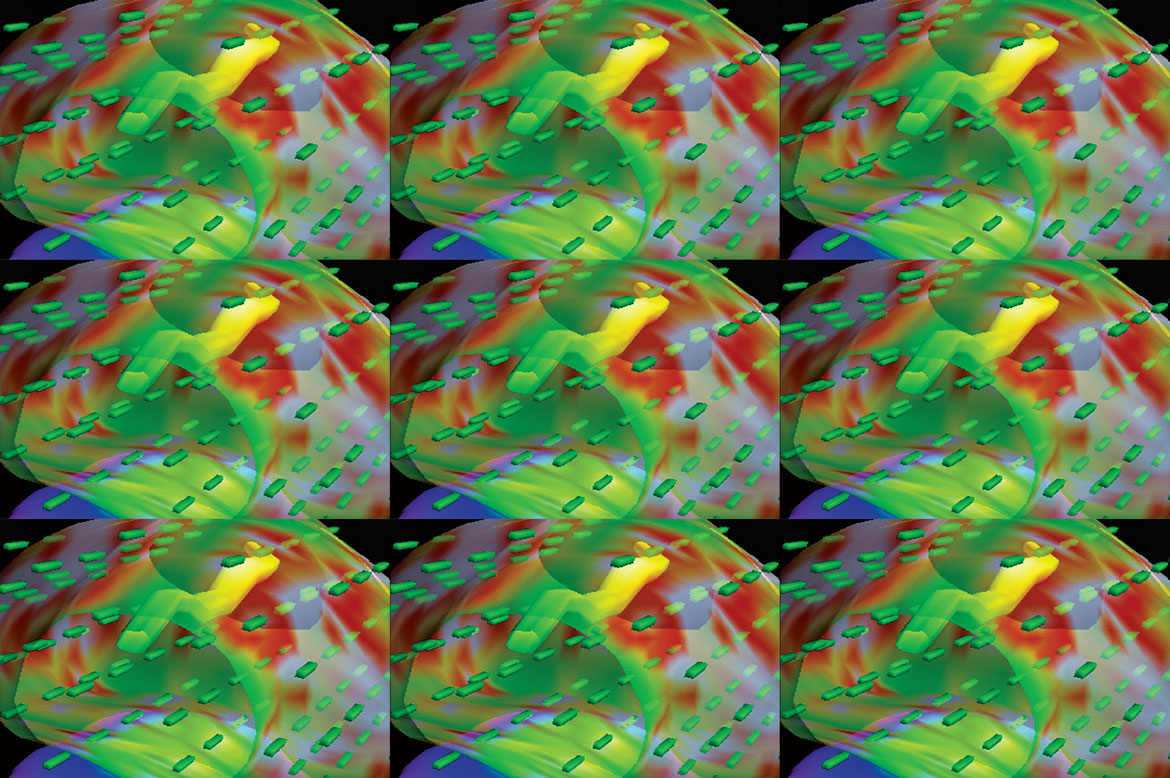 Radioactive sources are placed in the prostate, delivering high radiation doses, while due to the sharp weakening of the dose, the surrounding tissues receive a much smaller radiation dose. The Metropolitan Hospital Radiotherapy Oncology Center has state-of-the-art systems for designing brachytherapy plans in real time, during the procedure. 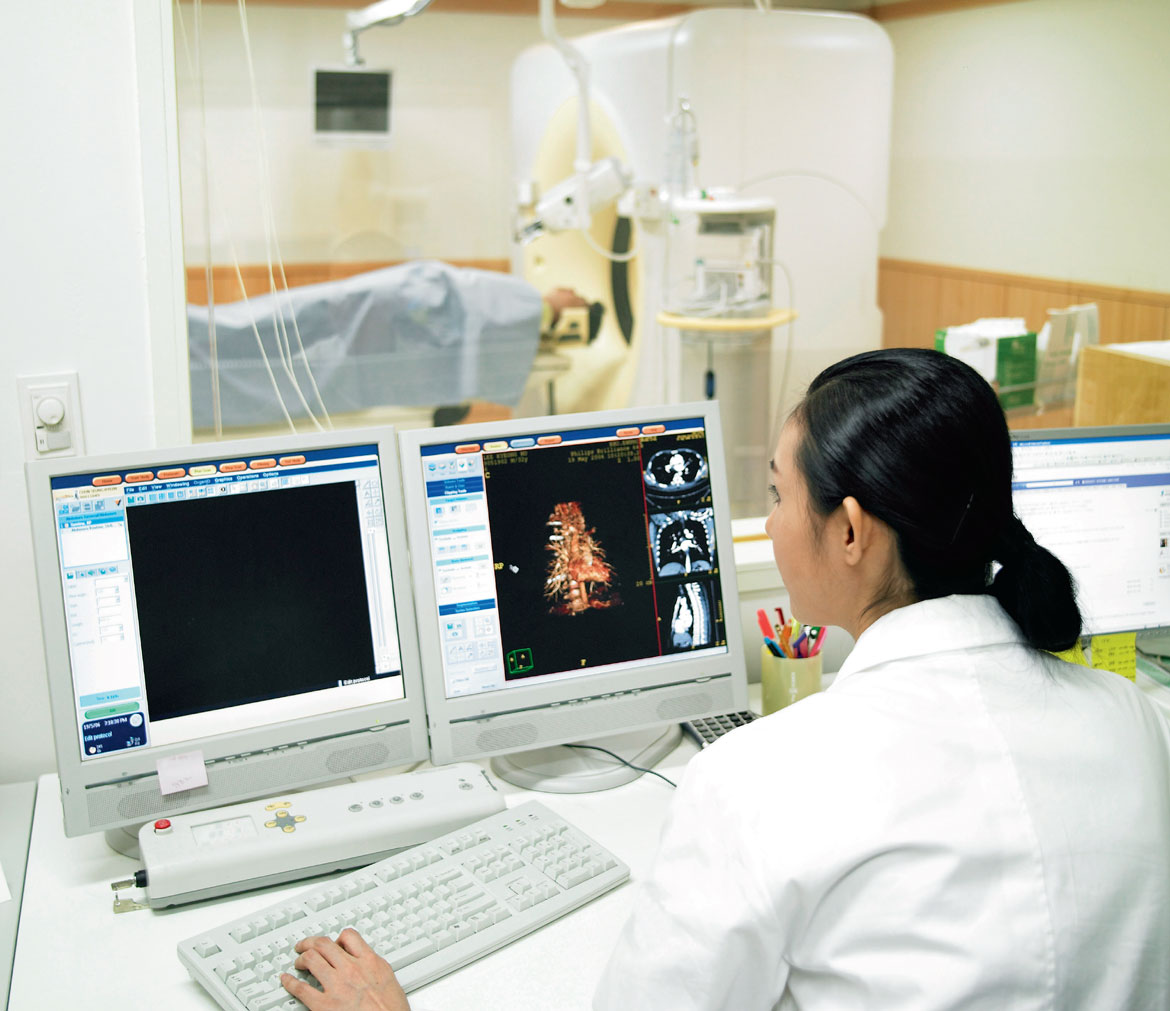 Despite its name, Stereotactic Radiosurgery (SRS) is a non-invasive technique with 3 main features:

Intracranial SRS is indicated for:

Novalis constantly monitors the movement of the patient and the tumor, while the 6D robotic bed allows highly accurate tumor targeting.

The advantages of the Novalis system compared to other radiosurgery systems include:

Extracranial Stereotactic Body Radiotherapy (SBRT) has similar features to Intracranial Radiosurgery. It is an excellent alternative to interventional surgery, especially when patients cannot undergo surgery or in cases of inoperable lesions. It has also been shown that SBRT is superior to conventional radiotherapy in certain types of tumors, such as early stage non-small-cell lung carcinoma.

SBRT is indicated for:

Novalis constantly monitors the movement of the patient and the tumor, while the 6D robotic bed allows highly accurate tumor targeting.

The advantages of the Novalis system compared to other radiosurgery systems include: 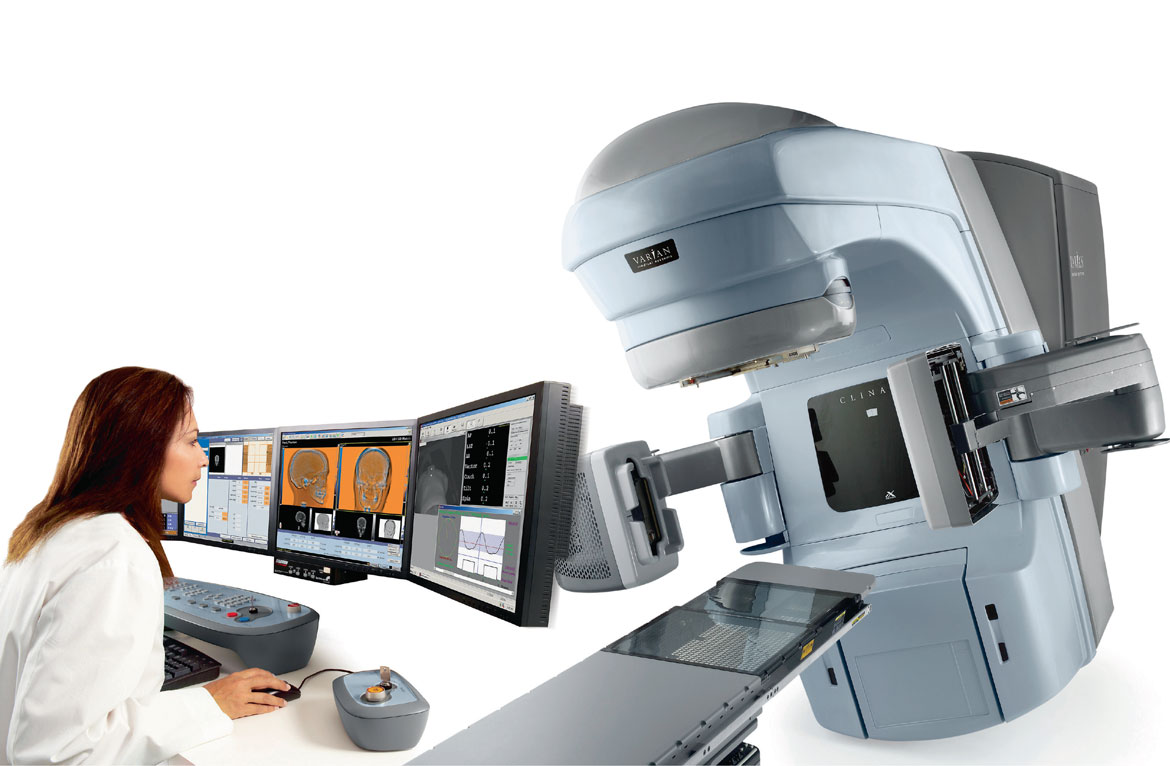 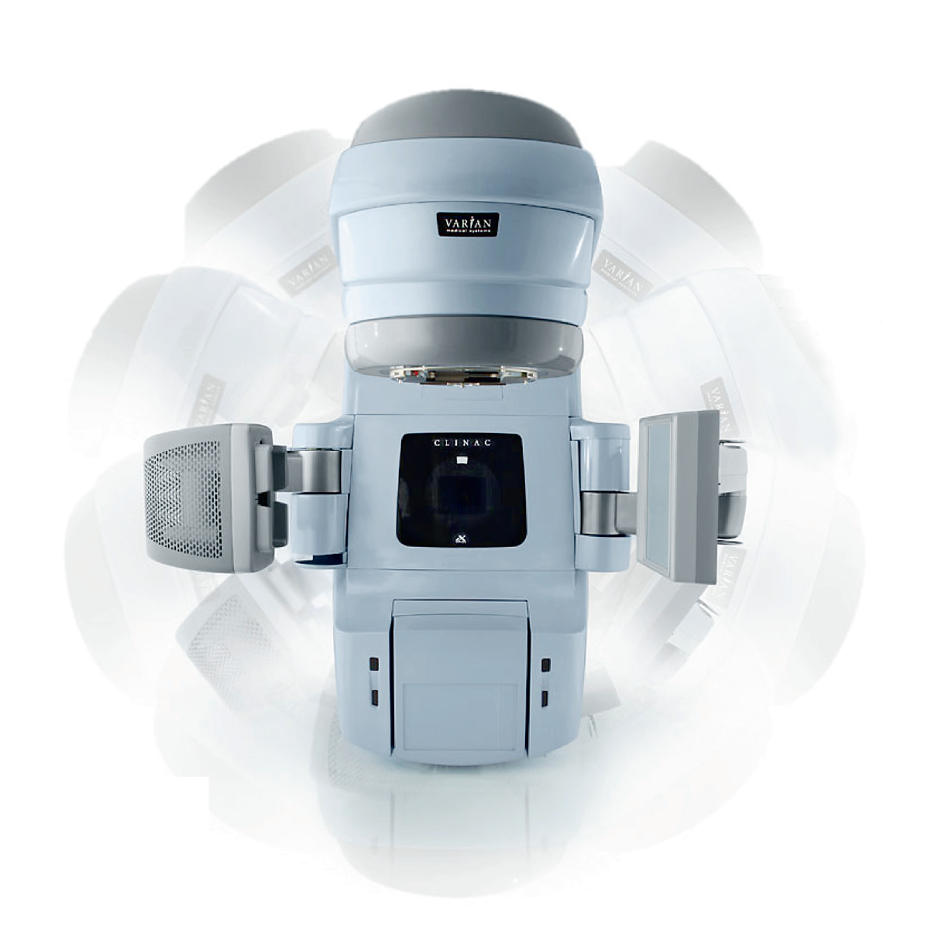