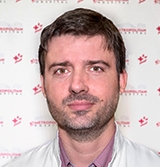 January 2014
Award of the title of medical specialty of Neurology, in accordance with Directives 75/362, 75/363, 93/16 (Articles 24-27 and 29) of the European Union.
According to Greek legislation, training in Neurology takes place in three stages: Internal Medicine (9 months), Psychiatry (6 months) and Neurology (3 years and 9 months)

PhD candidate (National and Kapodistrian University of Athens,Department of Medicine) since December 2018

March 2014 - March 2018
Consultant at the stroke unit/neurology department of the private hospital Mediterraneo in Greece.

September 2004-September 2005
Obligatory military service as “soldier-medicine” at an artillery barrage in Samos Island, and at the Senior Military School of the Army